Oreo. KitKat. Nutella. What do these tasty snacks have in common? One ingredient – palm oil – is found in a variety of everyday foods and household products, but few people realize the negative impact associated with the production of palm oil.

The issue
Every year, for a few days, Singapore is covered in a blanket of haze. It reduces visibility, makes the air unbreathable, and leads to increased respiratory problems among the city’s population of over 5 million. The cause? Forest fires in Indonesia.

Indonesia, along with Singapore’s other neighbor Malaysia, is responsible for about 85% of the world’s palm oil production. But the rapid growth of the industry has meant that the processes employed, such as clearing of land through man-made forest fires, are often unsustainable. Though the haze in Singapore is well publicized by global media, the impact of these fires extends far beyond, as it greatly impacts local communities and environment in Indonesia.

For the Business Ethics Case of the Week, we tried to dig deeper into the issue and understand what the ethical issues are, how different stakeholders respond to the situation, how they are affected, and  what could possibly be done to mitigate the situation.

Ethical Analysis
The issue, essentially, is economic. Riau Province in Sumatra accounts for $20bn worth of palm oil production, providing greatly for the local economy. Both small farmers and large corporations operate in this region, and the small farmers have limited means of clearing land for plantations, other than using forest fires. There is a Utilitarian case for justifying these fires, as they provide economic livelihood to poor farmers, at the cost of temporary discomfort to Singapore’s wealthy residents.

But what about the big companies? We looked at the annual reports of some of the big players, and they had one sentence in their annual reports addressing the issue. Big companies have also been found to be guilty of instigating fires, and not taking any responsibility. There is an element of the “Fudge Factor” – self-justification of practices, distancing oneself from the problem (most of the large companies are headquartered abroad), and social proof as all the others also engage in the same practices.

We also analyzed the situation under the “Simple Model Of Rational Crime” and found that the lack of oversight, low risk of being caught and minimal punishments for those found guilty fail to disincentivize the practice to an extent where the companies become more cautious of their actions. Just as a lack of speed cameras on the roads and low traffic fines do not sufficiently discourage motorists from exceeding the speed limit, so too does the lack of regulation and enforcement in Indonesia give farmers and big companies a free hand to do as they please.

Solutions
So, how could we solve this? And who is ultimately responsible? There is already interesting work being done by the World Resource Institute, Global Forest Watch and the Round Table on Sustainable Palm Oil to improve farming practices and provide support. The authorities are making some efforts, through the use of water cannons and aerial water bombing to stop fires from spreading.

But to do even more, and at a much faster pace, consumers need to take responsibility. That includes both you and I demanding that the products we buy contain sustainable palm oil, and the big companies that have far greater bargaining power – the Nestles and P&Gs of the world – switching to sustainable sources and holding their suppliers accountable. The large Palm Oil producers can then push sustainable practices further down the value chain, to smaller farmers who supply them through technology-sharing, and by setting an industry-wide standard for medium-sized producers to follow. 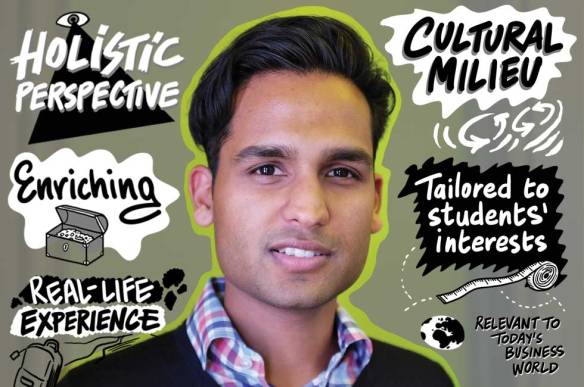