Unlike in most of other countries, Swiss citizens are requested in addition to vote quite frequently on a wide range of topics at different levels (federal, cantonal or even communal). That is called direct democracy. These votes are the consequences of either an initiative (proposal to amend the federal constitution) or a referendum (opposition to a new law voted by the Parliament). The number of valid signatures required for an initiative to be submitted to the vote is 100’000. This number is currently debated because many citizens consider it too low in comparison with the total population of the country (just above 8’000’000 inhabitants). Another point currently debated is the fact that initiatives are written in quite general terms and that the application laws have not to be designed at that stage.

It is of course a big privilege to have the opportunity to decide on the politics of Switzerland in domains like energy, immigration, taxes, army, abortion, etc. but many initiatives are launched by the extreme-left or right wings of the political chessboard, and some of them are in fact big threats for the country and its economy.

Two recent examples of threats for Switzerland and its economy

In February 2014, Swiss people accepted an initiative against massive immigration by a very short majority. The acceptance of this initiative creates a huge, multifold problem for Switzerland. It is in contradiction with the bilateral agreements signed with the European Community (EU) regarding the free circulation of people; it is a big threat for Swiss universities and multinational companies established in our country due to the shortage of highly qualified professionals among the Swiss population in relation with a very dynamic economic environment, and it has a negative impact on the image of Switzerland abroad.

In June 2015, we will have to vote on a federal tax on successions, which is a big threat in particular for SMEs, which represent more than 95 % of the enterprises in Switzerland and 70 % of the jobs.

The initiative requires establishing (with a retroactive effect from January 2012!) a 20 % tax on successions above 2 million francs in all Switzerland for the direct heirs (sons and daughters of the deceased person) to finance a social insurance called AVS/AHV. Currently, only three cantons perceive such a tax: Appenzell IR, Vaud and Neuchâtel. The tax would be applied to the succession and not to the individual heirs, with the consequence that a sole child receiving 1.9 million francs would not be taxed, meanwhile three brothers sharing a succession amount of 2.1 million francs (receiving 700’000 francs) each would be. Not really logical to say the least!

Private goods, including real estate, and participation in a family business (shares) would be added in the total amount considered.

We all know how critical a succession can be in an SME or a family business and how many disappear in this process. There is a big risk that some owners of family businesses would have no choice but to sell their company to a competitor or a bigger business just to pay the taxes. I recently heard a testimonial about this concrete threat from Daniel Mori, President of Visilab, a part of the family-owned business Pharmacie Principale in Geneva.

I can only encourage you, if you are a Swiss citizen, to vote against this dangerous initiative, and I hope that Swiss people will be clever enough to refuse this initiative and move away this big threat for Switzerland and its economy. 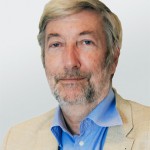