So here is the news: we are exploring the Holacracy system with our administrative team here at Business School Lausanne. Yes, Holacracy. And yes, don’t worry if you don’t know what that means. It’s new to us too and it’s an experiment we’d like to share with you as we go about it.

The word “holacracy” comes from “holon” (a whole that is a part of a larger whole) and it thus means the connection between holons – and – the governance (-cracy) of and by the organizational holarchy.

In the context of organizational development, Holacracy is a different system for working together – one that encourages self-organization, power distribution and decision making in the best interest of the organizational purpose. The concept was invented by Brian Robertson, a 35-year-old former programmer who created Holacracy in 2007 because he had a “burning sense that there has to be a better way to work together.” (Read more in his book “Holacracy”). 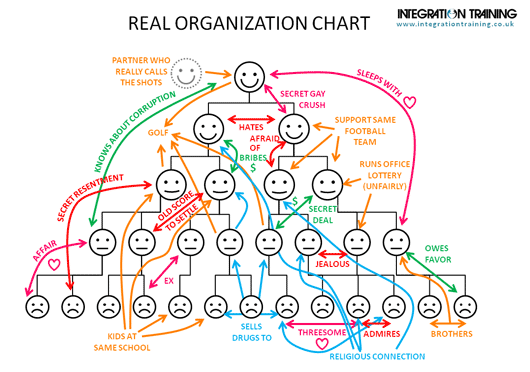 One of the most fascinating facets of Holacracy is that it reinforces the processing of tensions into meaningful change. Brian J. Robertson says tensions arise naturally during the course of work and we all face them as soon as we need to work with others. Where Holacracy shows at its best is that it helps people differentiate between their functional role and personality and it reduces the emotional tone giving way to constructive discussions anchored to the original goal and purpose of the organization (as opposed to functional or individual interests). It does so by suggesting structure and rules specifically designed to support this new way of processing tensions.

Our team is currently getting familiar with the concept of Holacracy and its real-life application. Examples of companies that have already adopted this new way of working together, such as US fast-growing online shoe and clothing company Zappos or Netherland’s Springtest company,  give us reassurance that holacracy not only works well in real life but it also takes employees to a whole new level of empowered decision-making and purposeful engagement.

“We’re trying to figure out how to structure Zappos more like a city, and less like a bureaucratic corporation. In a city, people and businesses are self-organizing. We’re trying to do the same thing by switching from a normal hierarchical structure to a system called Holacracy, which enables employees to act more like entrepreneurs and self-direct their work instead of reporting to a manager who tells them what to do.” – Tony Hsieh, CEO of Zappos 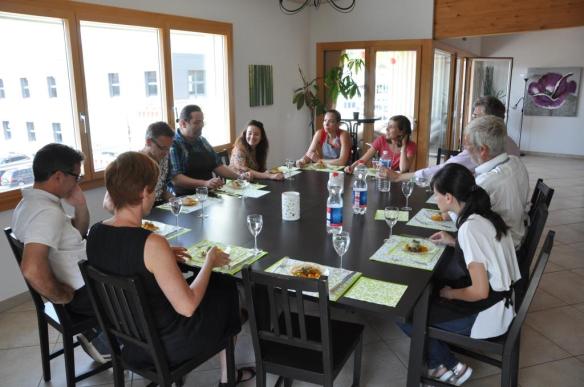 Our induction to Holacracy kicked off yesterday during our annual teambuilding day at BSL. We went through a simulation of different types of meetings that ensure the proper implementation of the Holacracy framework. The Holacracy model suggests three types of meetings – tactical, governance, and strategy – which aim to resolve different kinds of tensions.

As we tested how a “tactical meeting” would work, we discovered with contentment that the suggested structure and rules for such meetings force us to be much more focused, efficient and productive. Strict to the point, talking numbers and measures, reporting on activity progress, and clearly stating what we need – and we were done before we even realized the meeting was over and everyone walked out with a solution to their “tension”. Having a facilitator who is there to ask a simple question such as “What do you need?” was instrumental in staying focused.

We also tried out a “governance meeting” through another simulation and that was much more challenging. Governance meetings are held to create, amend or remove roles or governing policies within the circles. They encourage an integral decision-making process which is not consensus-based but based on tensions in roles. Again, there are strict rules for conducting such meetings which give participants the option to express objections, concerns, or suggestions, but they need to do that in a very focused and specific manner.

Admittedly, we found the process rather stifling and counterintuitive – it was difficult to follow the suggested structure and we mostly felt lost in following rules we did not yet understand rather than focusing on the subject of discussion itself. Clearly, a natural part of the learning process – it takes time to learn the “rules of the game” and we know we need to get through that stage to appreciate the benefits of such meetings. One clear advantage of this new way for defining roles, responsibilities and policies is the focus on the organizational purpose – a new proposal gets rejected only if there’s a strong argument that its execution will harm the organization. The question “Will this decision harm the organization?” forces us to become stewards of the organization and move away from serving personal or functional interests.

We’ll be further exploring this new way of running our organization – the intention is to see where Holacracy can add value to our processes while keeping existing practices that work well. Stay tuned, we’ll be sharing more!

2 thoughts on “First glimpse at Holacracy: shaking up work practices”