Unless you have been stuck in a Swiss nuclear bunker for the last 5 years, you will have at some point during your daily social media fix, come across the term Gender Bias. Whether you’re a man who craves more family time with his children (but your boss raises an eye brow when you want to work from home because your kid is sick) or a woman who has her eye on the next VP role but your tendency to under value yourself gets in the way of applying – the power of gender bias (commonly known as stereotypes) is a root cause that prevents men and women from being able to bring their full and true selves to work.

Even though this study was published nearly a decade ago, these effects are still very much alive and kicking.

We believe effective talent management strategies which boost diversity and inclusion in the workplace, power performance and generate competitive advantage.  This builds reputation for being a great place to work and ultimately, a healthier bottom line.

On May 10 2016, I will be helping facilitate a conversation on empowering inclusion in business at Business School Lausanne with 30 business and diversity thought leaders living and working in Switzerland.  This collective intelligence session will be the first step in crafting programs which unravel the challenges we all face in the workplace daily and empower inclusive business within organizations. 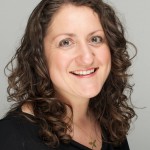