For the next installment of our BSL careers office interview series, where we get an insight into the lives of our business and entrepreneurial graduates, we caught up with BSL alumnus Richard Fyk, owner of SYC Brewing. Based in Alberta, Canada, SYC Brewing brews and distributes craft beer to various suppliers across the country, including bars, restaurants, and liquor stores. SYC Brewing officially opened its doors in January 2019 and has received a warm reception from the craft brewing savvy public in North America. 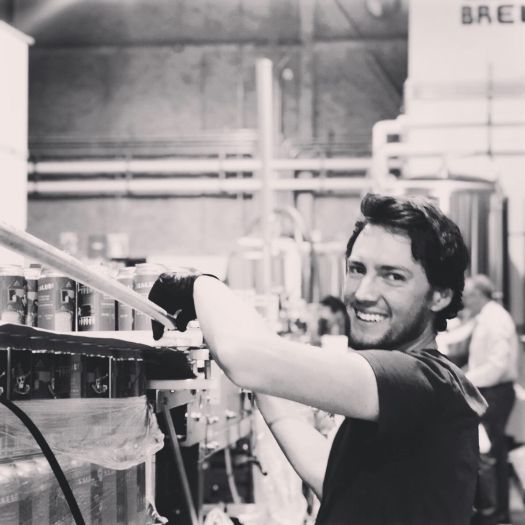 Richard owes a lot of his initial business success to his formative grounding and the business knowledge he acquired during his MBA at BSL. “My thesis paper really helped me galvanize my plans to start my own business. I put all that I had learned at BSL into practice and it gave me first-hand experience in how to piece everything together and create something from scratch. It was very helpful – so much so that I immediately put my teaching into practice to start SYC Brewing”.

Richard’s thesis also focuses on finance. Although far removed from the craft beer industry, Richard insists that BSL equipped him with the tools to pursue any career in any industry or sector. “Once you understand how each cog in a business mechanism operates, you soon realize that the possibilities for starting your own business are endless”.

It was a conversation from an unlikely source that helped Richard make the decision to study his MBA at BSL. “I was working in a bank and had progressed very quickly through the ranks. I had an informal career coaching discussion with my manager where I informed him of my intent to progress even further within the organization. He told me to give it another year to have the conversation, which made me quickly realize that he didn’t have my best interests at heart. Directly after that conversation, I began researching online the best places to do my MBA and BSL was on the top of that list. The next thing I knew I was enrolled and on my way to attend my first class”.

What really impressed Richard from the onset was BSL’s focus on entrepreneurship. He always knew he wanted to create a business for himself but he didn’t have the skills and know-how to progress his ideas into action. When the idea for opening his own craft beer brewery was solidified in his mind, the next step was to learn the necessary business skills to make it work. “After I graduated from BSL with my MBA I knew exactly what I wanted to do, but more importantly, how I was going to do it. Suddenly the thought of starting my own business wasn’t a daunting idea because I knew exactly what I had to and how I was going to do it”. 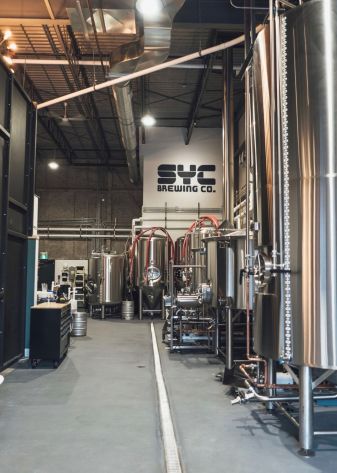 Richard enlisted the help of a friend to get the business off the ground. Together they began brewing a range of different variations of craft beer until they settled on what they wanted SYC Brewing to taste like. The next step was marketing the product. “I knew branding was crucial in the beer industry, but when you deal with it first-hand you realize it’s a lot bigger than you initially think. You have to make sure that your beer quality is great and that your branding is almost better. I learned a lot about marketing a product during my MBA and that really gave me the upper hand when starting out. I knew what to expect and how to execute my ideas into action, and it worked”.

Due to Richard’s product being alcohol, getting started is not an easy thing to do. The alcohol industry is highly regulated and so brewers have to go through every single level of government to acquire alcohol manufacturing, selling and distributing licenses. Richard had to go through the federal government for permission to make beer. Then he had to get allowances from the provincial government to allow him to brew while still having to deal with his local municipality for rules and regulations regarding the specific location of his brewery. “The entire process takes a long time because you’re dealing with all forms of government and each department’s processes and regulations, including their waiting periods. This is of course not great for entrepreneurs needing to get ahead of the competition”. However, Richard managed to get all the required licenses quickly through his dogged determination to get his business off the ground. 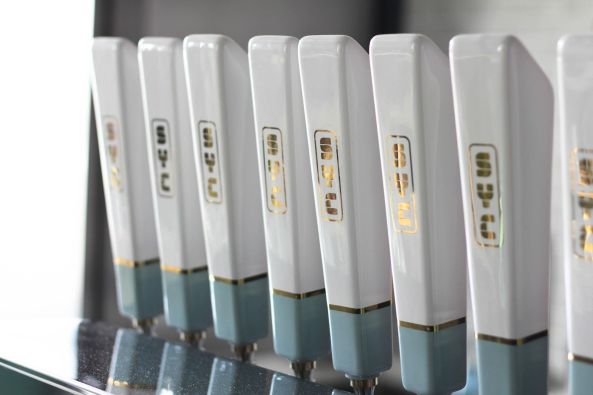 As Richard will tell you, no amount of studying and theoretical framework can sufficiently prepare you for the real thing – but it can certainly help. Having gone through the channels of his MBA at BSL to starting his own business, what advice can he give to current and future entrepreneurs hoping to create their own businesses in the future?

“Knowing what you want to achieve from the very beginning is crucial. Being willing to always learn from either your own or others’ mistakes can save you a lot of time, energy and money – so be aware of those who have come before you. You have to make sure you are agile and that you have the ability to make quick and important decisions. These can come along rarely, or twice in an hour – so be ready.  If something is not working, change it up. Make sure it’s working for you. Being a small startup we’ve done it multiple times. If something wasn’t working, we made a decision the same day and before we knew it the next day it was working. I’m a big believer in not saying ‘sorry’. If you are selling a product in a higher price range it’s because you believe in the quality, and so you’ve got to sell your vision. But perhaps the big one is to just work hard. It’s amazing what you can do with a 100 hour week. I work 100+ hours and I don’t get tired because I love what I do and what I am creating. It’s not about the number of hours – it’s about what you do with your hours that makes all the difference”.

Well done on your amazing business achievement, Richard! We are very proud to see you and your brewing business flourish. Although it is still early days, we are sure you will create something truly remarkable that will send waves of inspiration through our classrooms as an example to all our future entrepreneurs that anything is possible with the right skills and mindset. We look forward to charting your success from across the pond and hopefully soon SYC Brewing will be a household name in both Switzerland and the world.