In spite of dramatic and highly disappointing indicators of climate change policy change in the United States, opportunities for companies to help solve this global challenge and the other 23 issues identified by the BSL Gap Frame research have never been so diverse, or even so compelling.  But it is not easy to break down the complexity of our volatile, uncertain, complex and ambiguous world into manageable chunks. Let’s look at some of the main trends currently emerging from that complexity and their relevance for business, and also for business students: a quick round up of things to note:

1.The globalization pressure valve: Always controversial, globalization is under pressure as never before. The dream of a liberal, multicultural shiny new world with no trade barriers and unparalleled social equity has simply not materialized. And it will not so long as the top 10% wealthiest on the planet own 90% of global wealth. This has led to severe social inequity pushing a new wave of populism and protectionism with looming trade lockdowns and even xenophobia. As with every new development, there are opportunities for some companies, whilst for others, it may spell impending disaster.

On the plus side, what seems certain is that days may be over of companies charging into a community, building it up with the usual positive externalities such as jobs and infrastructure etc., only to switch locations at the drop of a hat…leaving serious negative social and environmental externalities in their wake. Companies are moving from seeking License to Operate (LTO) from local communities to seeking License to Grow (LTG). Strategy-makers in companies should take heed.

2.The SDG fanfare: The Sustainable Development Goals (SDGs) have entered the scene with aplomb yet corporate awareness has not moved substantially beyond senior executive level and, of course, Sustainability Departments. Widespread concrete and tangible commitment to the SDGs is still very far from a tipping point. Because of this, most companies are not yet actually building strategies around the SDGs, setting goals and objectives or building in SDG-friendly targets or metrics to their activities. 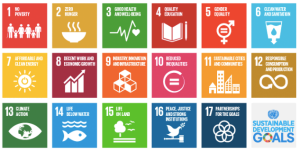 For companies reading this, think about setting up a corporate learning program so that your executives can start identifying solutions and innovative ways of acting and reporting on your progress towards the SDGs. The opportunity is to start with the SDGs most material to your business.  Then, join key discussions and relevant fora to communicate your company’s contributions, gradually moving to position your company as a pioneer on the forefront of SDG action. 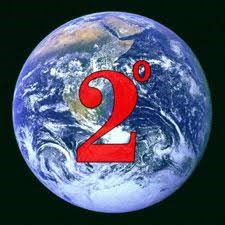 3.The 2 degree tipping point: Climate change is a highly mature sustainability issue – despite the hubris of deniers in the United States. This means that the urgency of addressing it is generally accepted. The question is ….how and how quickly can we go? According to the World Economic Forum, leaders of the world’s most high profile companies recognize climate change as the top global risk in terms of potential and substantial impact. Climate change is also a prominent undercurrent of the SDGs.   For companies, carbon disclosure is increasing rapidly. COP21 produced the hope of a tighter policy environment, long terms goals for global decarburization, and more investor interest in the issue. Participant governments recognized that they had to tackle it together. And then along came the US election. What a massive climate leadership shift in the last year! We are still seeing the new reality play out but who would have thought even two years ago that China would fashion itself as the new climate leader on the world stage?

4.The news is dead; long live the news: “Fake news” proliferation – with the most high profile being around the US election and the Trump administration – is swaying elections and public opinion as never before. Today, personal, institutional, and corporate reputations can be lost in a matter of minutes, even seconds. 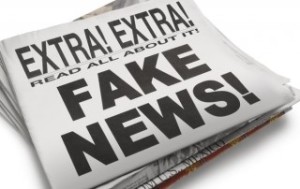 With billions of $US dollars tied up in their brands, concerned companies have started to put pressure on high tech companies to scrutinize the boundaries of their responsibility for content on sites such as Facebook. I remember school debates back in the day around whether, in must-win battles, “the pen is mightier than the sword”. Today, it appears that “social media is mightier than the bomb”. 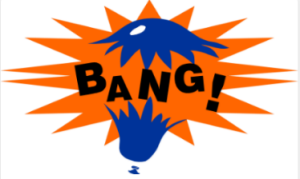 5.Grow ’til you pop: The “shop ‘til you drop” mindset of the new millennium continues but on the web! Just how counterintuitive is it that economies are still so bent on growth when resources are so finite? Denying limits to growth is the “emperor’s new clothes” equivalent of modern times.  Everyone knows it is truly madness but no one wants to say it. Virtually no mainstream business leaders are questioning the growth paradigm for now. Hugely growing consumption, facilitated and enabled by emerging E-commerce opportunities, are great news for the Amazons and E-Bays of this world…..but they are also leading to vast environmental damage, with substantial social issues raising their ugly heads too. This is particularly so in emerging economies that lack infrastructure to absorb the massive waste (particularly plastics and Styrofoam) resulting from said consumption. These countries simply cannot keep up with the pace of their own waste.  Meanwhile social pressure has increased on companies to show that they can minimize their impacts everywhere. In this context, innovation hubs are emerging across the spectrum of business and industry to encourage more collaboration amongst technology start-ups, businesses, NGOs, governments, and academia. Why? To find creative and effective solutions to resource challenges and to tackle negative consequences of rapid growth.

6…and grow ’til you drop: Obesity, diabetes and other related medical risks have finally surpassed hunger as a global health crisis and issue. Furthermore, as emerging economies increasingly adopt meat-based diets, animal protein is under scrutiny for both its negative health impacts and the devastatingly huge carbon footprint of livestock rearing (a full 18%, and rising, of global greenhouse gas emissions).

There is an opportunity for companies to focus on the inevitable fact that in the future we will all be eating much less meat, more vegetables, less sugar and less salt. Time to get creative with diets! Discussions around health care in the US show us that access to medicine is increasingly a developed world issue also, not just a developing world conundrum (where already some 2 billion people still lack access to medicine). These facts present opportunities for plenty of disruption. We will see the emergence of new business models to serve these massive markets.

7.The global transparency fishbowl: Despite pending deregulation in the US, financial disclosure expectations and regulations have actually increased substantially globally, and with this, transparency. And it is really good news is that investors are taking environmental and social criteria much more seriously than before. 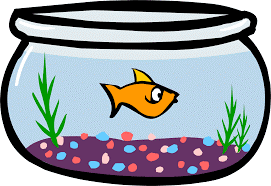 Stock exchanges which long avoided public scrutiny on environmental and social risk are now under the investor spotlight to review disclosure requirements. In 2016, who knew that more than one out of 5 dollars under professional management in the US – yes the US, and that’s almost $9 trillion – was invested according to some kind of sustainability screening? Companies are under pressure to disclose sustainability risk data to shareholders and increasingly undergo stress tests.

8.The big shrink: Finally, as a message to business students, what is happening out there as your local supermarket store replaces people with machines (it happened me the other day, to my chagrin), is a worldwide phenomenon going “from farm to fork” (production to retail). As artificial intelligence and robotics irreversibly move into the mainstream across industries and sectors, we can say goodbye to the world of work, as we once know it! With the social consequences of these massive shifts is in mind, Finland is currently pilot testing the idea of providing universal baseline income (unconditional) in the expectation that automation will massively do away with jobs.  Other countries – such as Canada and Italy – are also testing the waters. 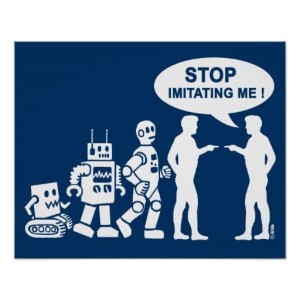 Switzerland held a tentative referendum in 2016 but people were not yet ready to vote “yes”; too much of a mind bending change for conservative Switzerland. So what kind of job will YOU do in the future, students?  Make sure a robot cannot easily replicate it. Note that many initially risk averse firms are boldly outlining digital strategies and fostering the right skills and capabilities in their managers to embrace the business world of tomorrow. Soft and subtle human skills, ethics, values, imagination and conceptual intelligence re-enter the picture again as the greatest benefit humans can contribute to business of the future. This may be good news for sustainability. 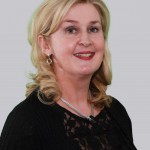